Art in the wound: The Great Cretto of Alberto Burri

Once upon a time, there was Gibellina, a small village on a small hill full of life with a peasant and manor atmosphere at once. Today that place hosts the Cretto of Alberto Burri, one of the greatest works of Land Art.

If you want to learn more about the movement you can read our article Land Art; Spiral Jetty di Robert Smithson.

In January 1968 a strong earthquake struck the Belice Valley, destroying also the city of Gibellina, a small town in the hinterland of Trapani. It was the strongest destructive earthquake of the post-war period and nobody knew how to manage the emergency. Today, I will tell you a story of pain and desire for rebirth and social redemption. We will see how these feelings met the salvific nature of art which, through the hand of Alberto Burri, stopped the historical memory of those places, returning the greatest work of Land Art in the world.

What happened that day?

Transported on trucks, the coffins dispersed from the heart of Sicily, up to Palermo, on the one hand, and Catania, on the other. They were followed, as far as they could, by survivors. Someone remembers that the day before the cold had been so intense to move some snowflakes. In any case, the rescuers moved on the quagmire and in the frost. It was 13:28 on January 14, 1968. The hour of the families reunited to lunch: the first tremor of earthquake overturned the earth under Montevago, Gibellina, Salaparuta, and Poggioreale. Then the second tremor, at 14.15, was so strong that it was felt even in Palermo and Trapani. The one that fell at 16.48 had no mercy for Gibellina, Menfi, Montevago, Partanna, Poggioreale, Salaparuta, Salemi, Santa Margherita di Belice and Santa Ninfa.

The night was even worse: a tremor at 2.33 am, another half an hour later.

It began a purgatory that lasted until September and that registered 345 tremors. The Belice Valley and its nine towns were no longer the places reproduced in the pages of Giuseppe Tommasi from Lampedusa. Fifty years later, the Belice, and its missed, late or partial reconstruction, is the narration of a defeat.

To scale back and save, art.

When were there first signs of a resurgence?

After about twenty years, Ludovico Corrao, mayor of Gibellina from the seventies, gave a strong impetus to the reconstruction of Gibellina and the entire area of Belice. Visionary and powerful was the intuition to start from a “cultural” reconstruction before the building itself. A person extremely sensitive to art, he had many friendships among the great Italian architects and artists of the time to whom he sent a sort of invitation and “challenge”.  That is, to experiment and practice art in Gibellina. He was convinced that only through art these poor and uninhabited areas would have had a future.

How did the contemporary Italian artistic community respond?

The response was strong. Many artists of national fame adhered to the invitation of Corrao (free of charge), among them Pietro Consagra, Alberto Burri, Ludovico Quaroni, Franco Purini, Laura Thermes, Mimmo Rotella, Mario Schifano, and many others who enriched the New Gibellina of works of contemporary art. I am talking about “New” Gibellina, because when they took the decisions for the reconstruction they opted not to recover the town of the old Gibellina but to transfer the village to a piece of Salemi’s territory, about fifteen kilometers away.

The urbanistic system adopted was typically north European, in contrast with the tradition of Sicilian towns typically perched around a center, with a medieval-type structure. Here the artists created a completely new city that paradoxically lives a contradiction between the abandonment (there are very few people left from Gibellina) and the presence of these extremely modern works of art, strange in some ways, that make it absolutely unique.

The Cretto of Burri: from the ruins to the largest work of Land Art in the world, not to forget

The shock of the heart is the Cretto of Burri, a work of land art created by the artist Alberto Burri. A symbolic work of Belice also for the timing of its realization: started between 1984, was inaugurated in 2015.

Alberto Burri, an Umbrian artist very important in the world of Italian art of the 20th century, arrived in the 80s in Gibellina but did not like the new country and was escorted to the ruins of the old city. He was fascinated and decided that was the place where he would give his artistic contribution. So he designed the Great Cretto.

“We went to Gibellina with the architect Zanmatti, who had been asked by the mayor to take care of it. When I went to visit the place, in Sicily, the new town had been almost completed and was full of works. I said immediately, let’s go and see where the old town used to be. It was almost twenty kilometers away. I was really impressed. I almost felt like crying and I immediately had an idea: here, I feel that I could do something here. This is what I would do: we would compact the ruins, which are a problem for everyone, we would arm them well, and with the cement, we would make an immense white cretto, so that it would remain a perennial memory of this event”. This is how Burri described his first impact with the ruins of Gibellina.

Cretto of Gibellina, the most beautiful cement casting in the world

Burri is an artist famous precisely for his cretti, or rough surfaces with large incisions that express plasticity and, according to some, wounds.

Like a sudarium, a white labyrinth covers the rubble: 80,000 square meters of concrete cover the streets and alleys of the old city. The modernity of the cement freezes the memory, stigmatizes the incapacity of men, welcomes the pain of the victims. The view from above allows us to see the fractures. Through the typical cuts of cretti, the streets and squares of the old city are retraced, in fact reconstructing the topography.

80 thousand square meters of white cement and debris tell the story of a city that has disappeared from the maps. The work was realized between 1984 and 1989, but only in part. Unfortunately, Burri never saw his project completed because he died in 1995. But the Region of Sicily made a commitment to finish his work, which was completed according to the original project in 2015.

The wound in the beauty of nature and the environment

Burri’s Cretto is not landscape havoc, a criticism that comes from the use of cement. The havoc does not exist, the Cretto is an essential and futuristic work. The cement was used as a binder with the rubble abandoned and never collected. It is a testimony made with the same debris of the destroyed houses. Art or havoc? The ‘ghosts’ that roam those streets will judge.

Going through those alleys means feeling the sadness of a city annihilated and the deaths caused by the earthquake. Moreover, the work does not violate the surrounding landscape. In fact, it almost seems to complete it. Behind all this, there are ten wind turbines, a symbol of green technology that does not consume the resources of the planet.

A little curiosity about this place is that it often becomes the location of high fashion shootings. Moreover, in summer here take place Orestiadi, becoming a theater of Greek tragedies and plays.

What does it feel like to walk through what, from above, looks like a silent white maze?

It is a unique work and represents an evocative journey in a city that no longer exists. Crossing the Cretto, perhaps at sunset, gives life to unique emotions by retracing furrows that represent the streets and the life of the old city. In silence, it is the place itself that whispers its history for an everlasting memory. The white alleys that we walk through today, similar to deep wounds in the ground, are the same as the old town before the earthquake.

Under the surface, a laceration remains, the wound in the matter. This is what happens in the labyrinth of the Great Cretto where the country is lost. But the path is real, as in the afterlife of Gibellina. It is a landscape suspended in time.

As Leonard Cohen said, “There’s a crack in everything and that’s where the light comes in.”.

You could also be interested in; The so-called Neo-Avantgarde: Arte Povera 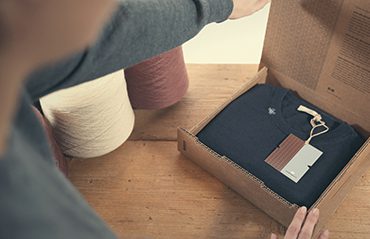 Green brands with ethical and sustainable values; the Top 7 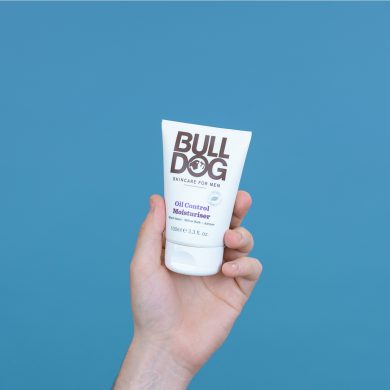