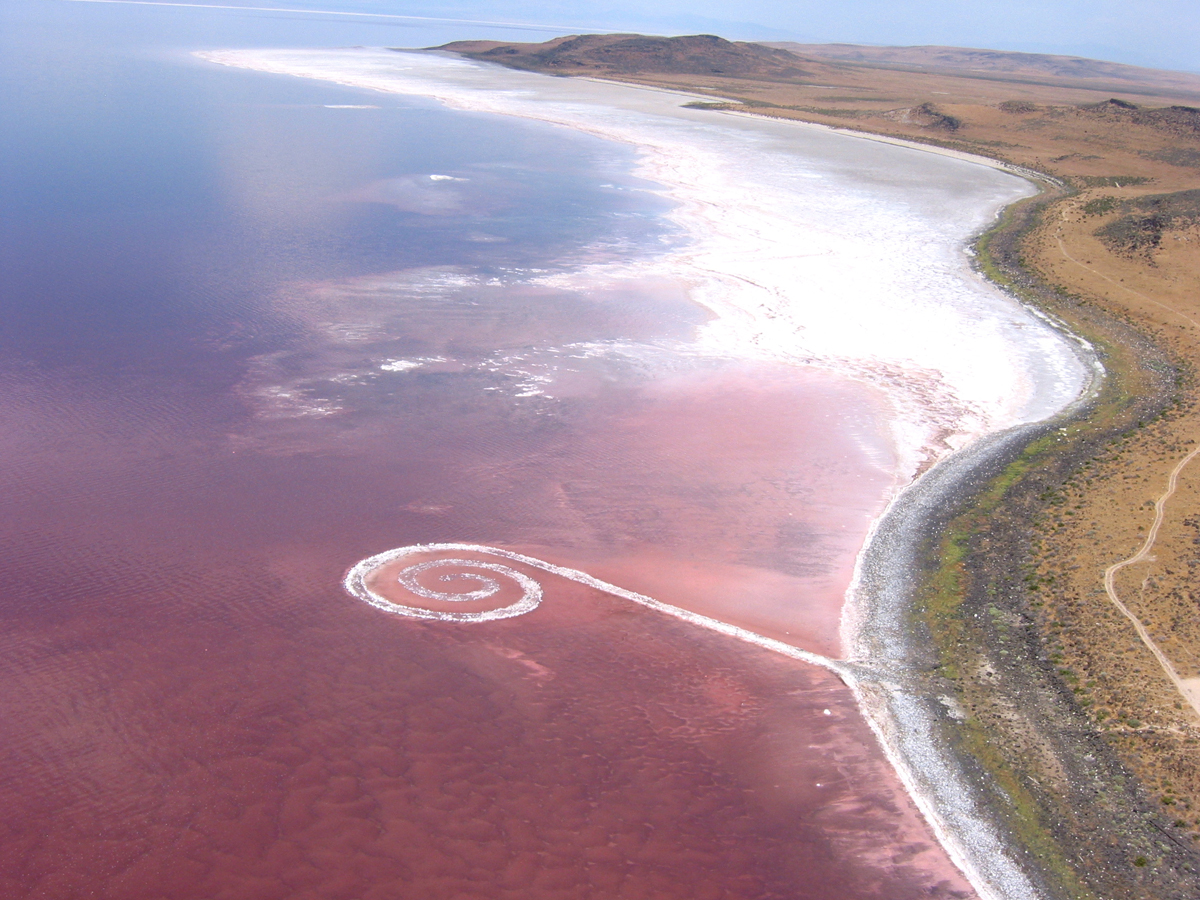 Among the wonderful works of Land Art, Robert Smithson stands out with his work Spiral Jetty, the result of an ecological art and bearer of a message of recycling and safeguarding the natural environment. Before talking to you about this great artist, it is important to highlight the Land Art movement: an art form perfectly integrated with nature and subject to its transformations.

One of the main achievements that art puts in place at the end of the sixties is that of the environment. This conquest can follow different paths. If it is art that takes on environmental connotations – that is, it becomes an environment that can be visited and accessible to the viewer – then we will speak of environment, that is, the environment as a whole understood as a work of art. If, on the other hand, art leaves these institutional spaces to confront itself with an urban or natural space, we will speak of Land Art. This definition, used for the first time as the title of a film by the German curator and gallery owner Gerry Schum, which documented the works outdoors of some British and American artists, it may still have a functionality, as long as it allows to distinguish the different instances that push the artists to leave the studio and enter the desert, lakes and woods: instances that may have, from time to time, a minimalist, procedural, conceptual or performative connotation.

What is crucial to understand is that, both in the enviroments and in the works of Land Art, the work ceases to be a closed object that can be exhibited in any place or circumstance, to become something that relates to a specific space and that often it cannot exist outside that space. This does not mean that this space cannot be the museum or the gallery, as demonstrated for example by Duchamp’s Etantdonnés, an environment created for a specific context (Philadelphia, Museum of Art), nor that the environmental work cannot find forms for be documented, told or ‘exhibited’ in the museum or gallery.

In Land Art, the works are children of Mother Earth and their existence is determined by the action of atmospheric agents, which can change or destroy them. But it is their ephemeral nature that makes them fascinating. This movement is a challenge and there are many artists, especially Americans and Anglo-Saxons, who have been trying their hand at the encounter-clash with the natural environment since the 1970s. Behind the admiration for monumental sculptures and spectacular landscape views, however, there is also an ecological message. A critique of consumerism and the commodification of art, to instead enhance the theme of recycling and the harmless exploitation of already existing resources. In short, the artist does not create, but works on something pre-existing, in order to define a new relational space for the observer.

The work of Robert Smithson (1938-1973) is particularly significant in this regard. Originally from New Jersey, he presents himself as a polyvalent artist: writer, director and sculptor in the open air, Smithson is the spokesperson and pioneer of Land Art. This art form was born as one of the many facets of ecological art, so called because the artist engages in an active confrontation with the surrounding space. After the overcoming of Minimalism, in a procedural key, he arrived, in the late sixties, at the first earthworks. Smithson uses this term to define the environmental interventions he carries out on an increasing scale from 1969 to the year of his death, which occurred in a plane crash while flying over the Amarillo Ramp site, his last earthwork, in the city of Amarillo in Texas. The procedural implications of his environmental work are evident in Glue Pour (Rampa di glue, 1969), a barrel of glue overturned on a slope, in such a way that the glue, before solidifying, assumes an absolutely random shape: a gesture already proposed in larger scale around Rome two months earlier, when Smithson knocked a load of asphalt down a slope.

The few subsequent environmental interventions are almost entirely dominated by the shapes of the circle and spiral, the latter emblem of the entropic dispersion of energy, which according to Smithson was a key concept of contemporaneity, as well as of art. The most famous is undoubtedly the Spiral Jetty, a spiral pier made of stones, salt crystals and mud, which juts out into the waters of the Great Salt Lake, Utah.

Spiral Jetty is one of the best known and most monumental works of Land Art. Like many other works of this type, it is the property of the DiA Foundation of New York, which takes care of its maintenance and organizes guided visits on the site. The work consists of a long strip of land, basalt rocks and salt crystals, which juts out over the Salt Lake. Smithson used material collected along the banks to make it.

The work establishes a deep relationship with the surrounding area. The Great Salt Lake is, in Smithson’s words, a ‘dead sea’ found in a territory devastated by man, who tried to make the most of his natural resources: first gold, then salt and oil . The spiral makes this environmental nightmare a place of pilgrimage, draws attention to its problems and therefore has an ecological connotation. Furthermore, the shape of the spiral, much loved by the artist, alludes to a local legend, which wants the lake to originate from a vortex connected directly to the sea.

A powerful mark left by man on the landscape, Spiral Jetty is destined to integrate with it. The artist’s intention is not to create a work that must keep its original shape forever, but to ensure that the work shares the life of the landscape to which it belongs. Thus the pier, which was once accessible, is now almost completely submerged by water, visible only from the plane. At the same time, the conservation of the work also becomes a stimulus for the care of the territory: since July 2009 the DiA Foundation has been fighting against a project that provides for an increase in evaporation, in order to increase the extraction of potassium sulphate, used to produce fertilizers. The operation would bring the Spiral Jetty back to the surface, but would result in a retreat of the lake and inflict further wound on the already compromised ecosystem of the area.

However, I would dwell a little longer on the spiral shape of the work, the artist’s true focus. Smithson chooses because it has always been an archetypal symbol of life and transformation and for its immediate appeal to the perfection of the natural world. He cannot fail to ignore the Nautilus’ geometry or the centripetal trend of the water whirlpools. The geometric peculiarity also makes an interesting chromatic game possible, which sees the water turn towards a reddish color, near the contour lines of the circles, and vary its shades in all the spaces of separation between one line and another. This could result from the presence of microorganisms, triggered by the variation in the quantity of sea salts. What is created is an interesting optical effect, which plays on hypnosis, the captivating ability of the wave motion and which recalls the relaxing maritime atmosphere. A place of solitude and reflection, where one can move away from the urban frenzy.

What makes this work truly special is its uniqueness, dictated by the possibility of being able to fully observe it only from above. A privileged point of view, away from the museum crowd, which one tries to overlook to steal a contemplative moment from the work hanging on the wall. Another distinctive feature is its fragile existence. When Smithson gave life to his creation, the level of the lake was particularly low and this allowed him to let it expose itself in all its magnificence, before diving under the water surface for 21 years, from 1972 to 1993. In 1995 it was therefore visible and walkable, but its surface had changed, as sea salts had deposited on the rocks, changing their color. 2002 brought with it a new immersion, which has disappeared in recent years, making the composition open to visitors again.

The message that Smith wants to convey is that of a work that represents itself, that does not have to resort to the vicious circles of the art market, but that is born and continuously transforms itself in the place where it was born. The artist gives his initial touch, but the rest is left to fate and this is what makes the work elusive, changeable, far from the destructive touch of man, to safeguard the environment and its varied and multifaceted nature. 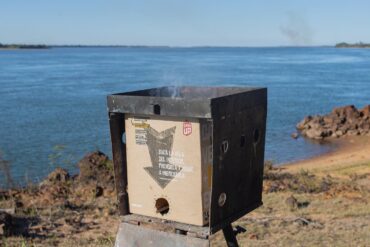 A conscious Green Beauty; an analysis 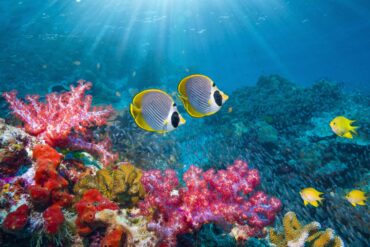 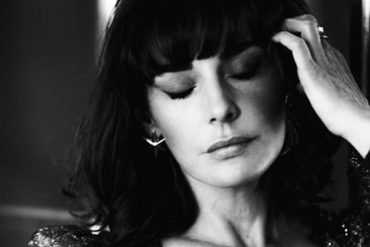 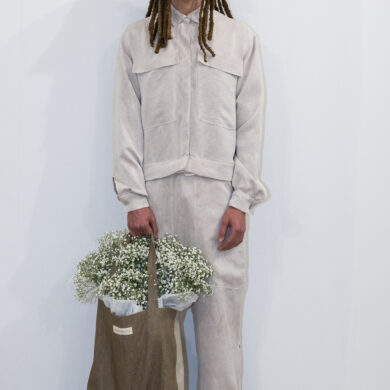