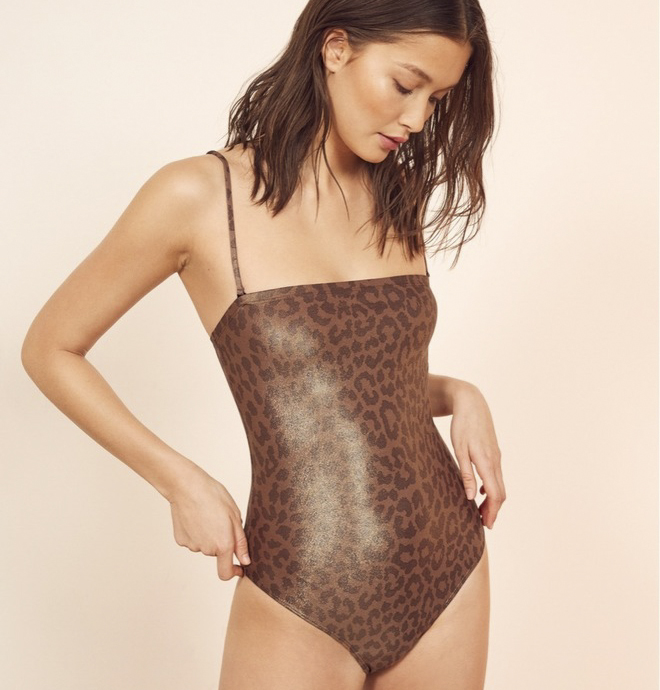 Sustainable fashion continues to fascinate fashionistas all over the world, as confirmed by the Sustanaibility Report 2020 written by Lyst, the global fashion research platform, in collaboration with Google and Good on You, an organization that supports consumers in purchasing decisions by evaluating brands based on three guiding principles (personal, planet and animals).

Among the most sought-after items is the Juliette dress by Reformation, an American brand considered one of the coolest eco-friendly fashion brands on the planet.

Having become a real point of reference for those looking for garments with simple, feminine lines, with attention to detail and above all obtained in a sustainable way, Reformation has conquered the hearts (and wardrobes) of celebrities such as Rihanna, Selena Gomez, Instagram- girls Emily Ratajkowski, Kendall Jenner, Bella Hadid and the new it-girl of the moment Kaia Gerber, the beautiful daughter of Cindy Crawford. The stars and stripes eco-brand also garnered the royal favor of the Duchess of Sussex Meghan Markle who, during a visit to Fraser Island, off the east coast of Queensland in Australia, wore a striped sundress by Reformation.

A story of personal and environmental re-birth

The founder of this eco-friendly brand is Yael Aflalo, a former model on her second experience in the field of fashion. At the age of 22, after a sabbatical that served as a recovery from the bankruptcy of her first Ya-Ya brand, which was wrecked due to excess inventory and the unfavorable economic situation, in 2009 Aflalo decided to start over from a small boutique. Los Angeles, which it calls Reformation, and specialize in reinventing vintage clothing. Determined to make the leap in quality, after a trip to China in 2010 where she personally tests the effects of the textile industry on the environment and the conditions of its workers, she directs all her efforts on a production model that takes up the direct approach to the consumer and the production speed typical of fast fashion, but at the same time eco-sustainable and without sacrificing style as she told the New York Times in an interview in 2014. Thanks to a fresh aesthetic and the hand of Rihanna who chooses it as one of the brands in her wardrobe on the advice of her stylist Mel Ottenberg, it soon becomes one of the echoes – most worn emerging labels.

In Reformation, the creation process starts with thinking about what you really want to wear, a sketch becomes a dress in less than a month (usually the production takes 12 to 18 months) taking shape from three different types of materials:

2) reuse of vintage clothing (about 3% of the supply)

3) fabrics Recover®, or recovered from leftover stocks of fashion houses that have placed excessive orders (which cover 15% of the materials used)

Reformation has grouped fibers into 5 different classifications based on their combined social and environmental impact and 83% of those used belong to categories A and B, i.e. natural fibers that are rapidly renewable or recycled, with the aim of reaching 100% in 2023. In the collection you can therefore find linen, organic or recycled cotton, regenerated cashmere, Alpaca, Tencel ™ Lyocell (a regenerated cellulose fiber with almost identical properties to cotton produced from eucalyptus trees), while viscose is produced in part by the Austrian company Lenzing and the other by the Indian producer Aditya Birla, who have obtained the certification of the Forest Stewardship Council (FSC) which certifies that the trees have been cultivated in a sustainable way and that the ancient forests and in danger of extinction have not been damaged by the supply of wood.

65% of the production process (now dedicated to the production of masks to face the Covid-19 emergency which produced more than 138 thousand, of which 19k donated to the homeless in LA), from creation to sale, is internalized, eliminating the intermediaries and thus eliminating the mark-ups of traditional distribution, and the remainder delegated to external suppliers as long as they are local or share the same values in terms of sustainability and ethics written down in a document (even their names are published in a list, 31 are from LA and 14 between China, Morocco, Turkey, Mexico, Portugal and India). The selection process is very strict and involves in-depth information on procurement, workers’ conditions, audit visits and corrective action plan. Only if the light of the rating traffic light is green or yellow, the partner can become an official supplier.

80% of Reformation garments are packaged in a factory in downtown Los Angeles (local production is the first sustainability factor of a company) using 100% compostable, completely vegetable packaging: once used, the life cycle not exceeding 3 months, they can in fact be disposed of in organic waste. The warehouse can be visited (every first Friday of the month at 10.30, by reservation) and is often the location for photo shoots of brand campaigns. Each garment has a label that specifies the kg of carbon dioxide emitted, the liters of water used and the kg of waste generated to produce it and the brand has also developed the RefScale which measures the environmental impact of its production, publishing the total resources used, saved and reused.

To demostrate its constant commitment and improvement in terms of sustainability, the brand publishes a production sustainability report every 3 months that anyone can read on the website or by subscribing to the newsletter, with the aim, in addition to making their numbers public, to increase awareness of the impact that fashion has on the environment and solutions and raise awareness among consumers towards ethical and sustainable behavior also in clothing (here the one relating to the first quarter of 2020). Recent is the news that last year Reformation sent 5,685 pounds of fabric waste to its partner Osomtex, equivalent to 59 tons of CO2 and 1 million liters of water, destined for recycling.

Again with a view to zero waste, since 2015 the company has eliminated carbon emissions and invests in green building infrastructures to minimize waste, water and the energy print. It uses the heat reflective roof of the LA manufacturing plant to create energy and derives electricity offsets from 100% wind energy suppliers, made up of 75% of its organic waste (aiming to reach 85%) and uses LED lighting fixtures.

It is often engaged in campaigns to support the environmental cause, such as the Rosewood Amazon Conservation Project and the Bonneville Environmental Foundation (BEF) water resource restoration program, to restore some of the resources used. This meant that to offset the emissions and waste produced and water used in the second quarter of 2018, 1,000 acres of the Amazon rainforest were protected from deforestation and 27 million liters of fresh water donated to areas of severe drought in California. and in the Colorado River Basin.

Brand’s ethics is also reflected in the composition of the company. More than three quarters of the management team are women or people from underrepresented populations. The workers are for the most part of Latin American origin and the company offers them advice and guidance on the job, English courses and legal support to obtain American citizenship. The company also said that most workers are paid more than the Los Angeles minimum wage and that they benefit from an annual subway pass to incentivize the use of public transportation.

The American brand whose creed is to celebrate the female figure by exalting it as much as possible (“Being naked is the # 1 most sustainable option”) also pays great attention to the fit of women of all types and sizes, another distinctive trait, which is realized in capsules for petite and curvy sizes. For example, the garments made in collaboration with the curvy model Ali Tate Cutler range from size 0 to 22 (which corresponds to the Italian size 56), while the wedding dresses also elegantly wrap a DD cup.

Guaranteed workers’ rights, fabrics free of substances harmful to humans and the environment and transparency in the production chain are the priorities of Reformation, which offers women’s clothing collections including jeans, costumes, sportswear, shirts, skirts , clothes and underwear in recycled nylon. Without forgetting wedding dresses, simple yet elegant and affordable (their price never exceeds $ 500), a line of eyewear produced with 100% biodegradable cellulose acetate from Italy, as well as shoes, belts, hats, bags and jewelry.

For spring-summer 2019 it presented a beachwear collection in Econyl®, a nylon textile fiber developed by Aquafil, a global yarn producer that with creative recycling gives new life to waste materials that pollute the ecosystem. Colors, patterns, bikinis with a vintage allure reminiscent of pin-up outfits, tops, shorts and one-piece swimsuits in 12 models and 6 prints, with proposals also for men.In October 2019 it signed its first partnership with New Balance developing a capsule of 3 models, including the classic 574 and X-90, in 5 colors. The New Balance x Reformation sneakers are made of suede and are on sale for a price ranging from 80 to 110 $. Reformation said it chose New Balance because last July it joined RE10 and signed the U.N. Fashion Industry Charter for Climate Action.

In addition to sweaters, outerwear and dresses made using recycled fabrics, the label continues the battle against environmental pollution with a line of eco-sustainable jeans, the Reformation Jeans. The differences compared to normal jeans? It is obtained using 1771 liters less water, wasting less material and producing 20/30% less CO2. If on average 1500 gallons of water (more than 5600 liters) are used for a single pant, Reformation uses only 32 gallons of water (121 liters) and replaces the toxic and polluting substances of the dyes with a natural enzyme. In addition, for each pair purchased, the brand is committed to cleaning 1000 liters of water in California.

For 2021, instead, the launch of a collection produced 100% from traced cotton is planned.

Reformation collections can be purchased on the brand’s e-commerce, on specialized marketplaces such as Lyst.com and Farfetch.com and in the 17 stores in the United States (in California, Florida, Illinois, Massachusetts, Texas and Washington DC), one in Canada and London, and future projects would also like to inaugurate them in Paris, London and Scandinavia. Among other things, the Reformation shops were the first to experience an interesting interpenetration operation between the physical store and the online store. From the monitors the garments are chosen and found in the dressing room ready to be tried on; a smart way to monitor customer tastes, which also works as a “barometer” of production: only the most chosen and bought models will be mass-produced, thus reducing the risk of unsold goods and overproduction. 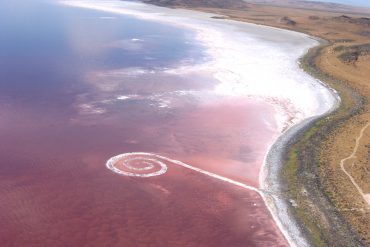 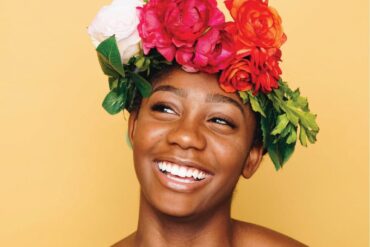 Wellness of mind and body; APoEM 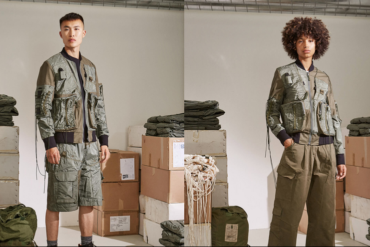 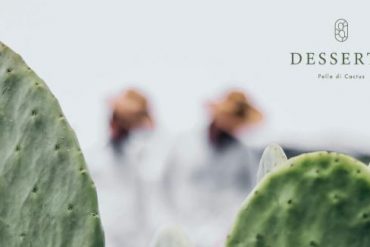 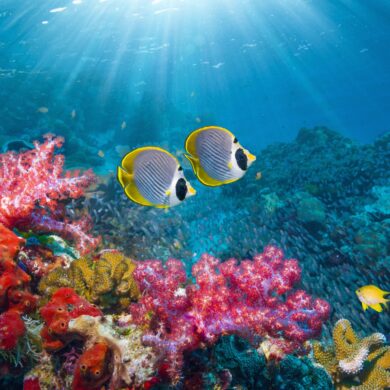