Olafur Eliasson, born in 1967 in Copenhagen, is one of the most loved contemporary artists for his commitment to the environment. He has been dealing with the effects of global warming for many years and uses his art to convey a message of change.

According to the artist himself, his works are not pieces to be observed from the outside, but constitute real mental coaching sessions, during which the user has the opportunity to observe himself and reality from a different point of view.

His reflection also touches on other topics of social relevance, such as the relationship with the digital world. Although technology is a central tool for his artistic production, Olafur Eliasson explicitly supports the value of the aesthetic and sensorial experience and offers the public a direct contact with the work.

But where to see the master’s works?

But do we want to know this artist better?

Olafur Eliasson and the sustainability

Sometimes the river is the bridge is the first exhibition that has been made on the carbon footprint and in favor of environmental sustainability.

In fact, following a trip to transport the works from Berlin to Tokyo, the artist and his group were able to notice the “carbon footprint” they were leaving behind due to the means of transport used along the way, such as track, trains and cargo. This has led Olafor Eliasson to make and promote more sustainable choices. Not only. From that moment on, a large-scale awareness-raising action began. Here are a couple of his feats:

On 22 September 2019, the artist was nominated and was named “UNDP Goodwill Ambassador” (United Nations Development Program): a spokesperson for the fight against climate change

He started a start-up with engineer Frederick Ottesen to bring electricity to people who find themselves living without electricity. In this context, a small lamp was designed, called Little Sun and powered by solar energy. The venture was successful and Little Sun was sold for distribution or donation in many areas of the planet.

But let’s take a look at the works!

Ice Watch in London: this is how the ice melts!

To get an overview of Olafur Eliasson’s works it would take an entire website (if you want you can go and see his, it’s really an experience!).

So let’s see a couple of significant works, such as the very famous Ice Watch installation, through which the frightening effects of global warming were shown in 2018. The work involved the melting of 24 blocks of ice on the bank of the Thames.

This work has led to much controversy on the part of environmentalists, who accused Eliasson of having made an inconsistent work, as the blocks of ice (110 tons) were taken in the form of floating icebergs in Greenland. The transport, therefore, must have been very impactful.

Later estimates have disproved the allegations, however Olafur Eliasson in other circumstances stated:

“The point is not how much more or less eco a product, a work of art, an installation is, but what experience it must solicit so that it can positively affect people’s habits”.

And what do you think?

The Weather, a sunset indoors

Another interesting work to get closer to the art of Olafur Eliasson (and less inflated by media sharing) is The Weather, an installation presented at Moma in 2003. Inside an enclosed space an artificial sunset has been recreated, complete with of atmospheric dust to make the air feel material.

The interpretation of this work is left entirely to the public: some felt in a post-apocalyptic space, others felt relaxed. This is exactly what the artist is looking for: that everyone is co-author of the work together with him to carry out an investigation of human perceptions with respect to the outside world.

Sensory experience is also the tool used by the artist to arouse in the public a new responsibility towards environmental protection.

To see other works you can go here!

Yes, because the one at Palazzo Strozzi, which will be held from in Italy in 2022 from 22 September 2022 to 29 January 2023, is not the only appointment with Olafur Eliasson in Italy. At Castello di Rivoli it will be possible to enjoy the installation designed to measure for the Manica Lunga, which is a wing of the castle with breathtaking architecture. What to Expect? Who knows. Perhaps light installations in which to get lost and find yourself, or illuminating sensory experiences. We should take advantage of the opportunity to have this work by Olafur Eliasson in Italy to find out!

In September 2022 Olafur Eliasson is waiting for you. But will it really be Green?

We just have to wait for the exhibition and be ready for any surprise. It will also be an interesting opportunity to consider the relationship between environmental impact and the organization of cultural events in favor of eco-sustainability. Will the event be able to respect the all-round educational mission, thinking of green solutions to welcome and satisfy the guests of the exhibition? We hope so and, as Olafur Eliasson would also like, we continue to think for ourselves and experience the realities that surround us firsthand.

Water filters: yes or no? 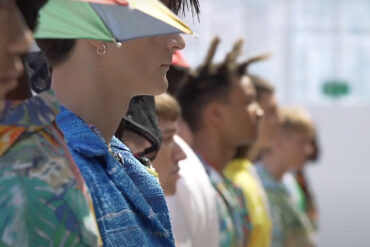 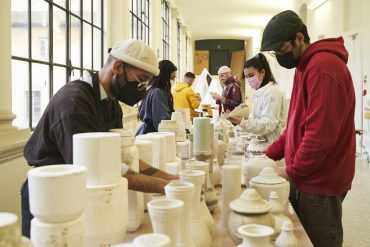 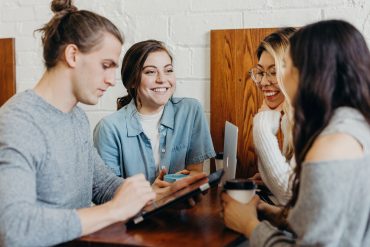