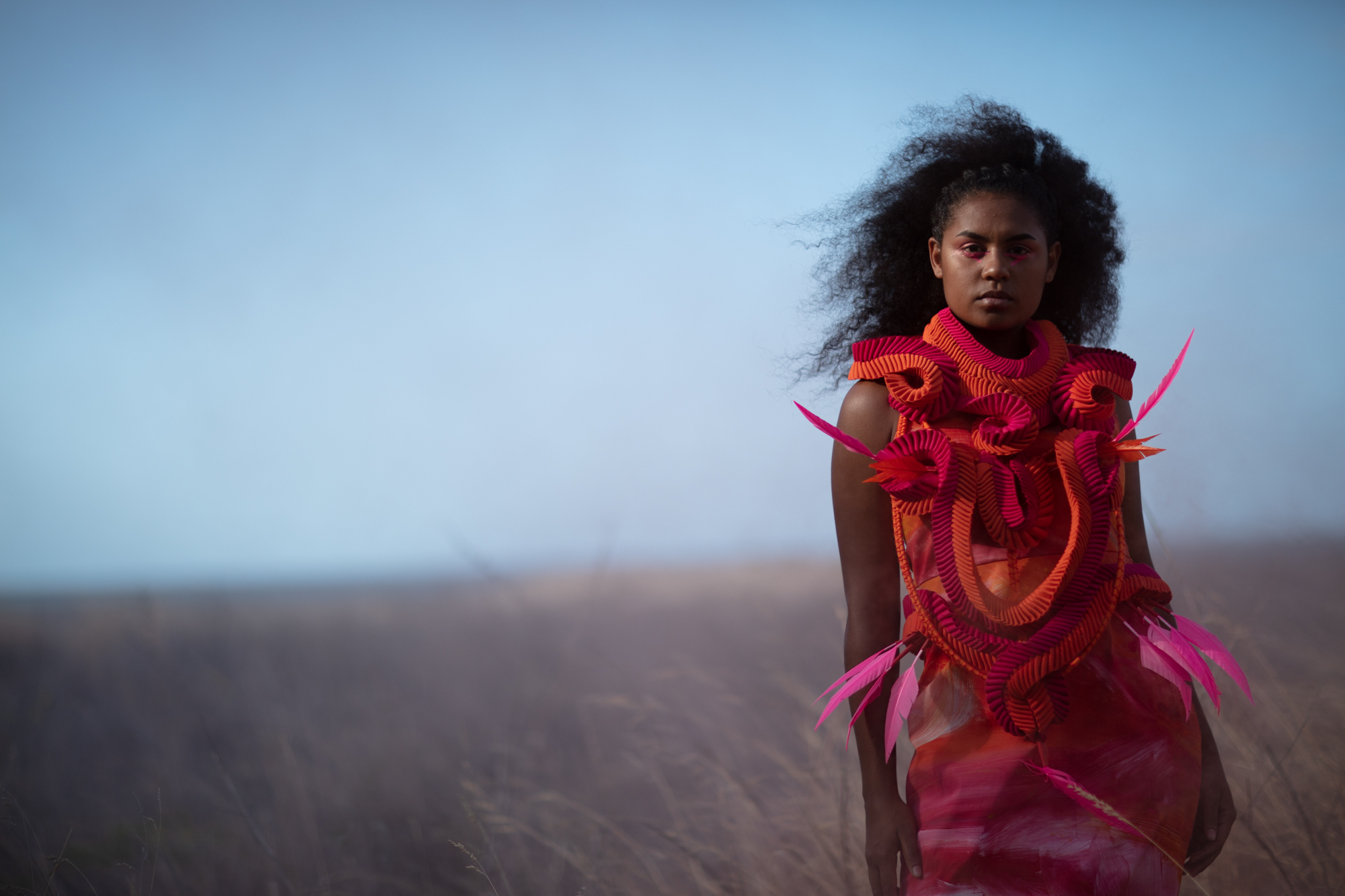 Fashion and colonialism: a phenomenon to be stopped

Today we cannot talk about sustainability in fashion without talking about colonialism. Colonialism is often thought of as a distant historical moment in time; however, looking at the structures on which the fashion industry rests, it becomes clear that colonization is still deeply rooted in the industry. For this reason, decolonizing fashion becomes fundamental.

Colonialism in fashion: what it means

The fashion industry works by extracting resources from the South of the world, such as cotton, using processes that degrade the environment such as industrial agriculture (fertilizers, pesticides, GMO seeds) and forced labor, sometimes even child labor.
Labor is exploited, seeking ever lower prices and paying minimum wages and unsafe working conditions.

Just as the colonial systems of the past relied on forced labor and other forms of exploitation, today’s fashion companies continue to exploit and profit from a vulnerable workforce made up mostly of women in countries like Bangladesh, Vietnam, India and Ethiopia.

Following the outbreak of the COVID-19 pandemic, there was a decline in retail sales in Europe and the United States in March and April 2020. As a result, big brands canceled orders worth billions of dollars. The “Center for Global Workers’ Rights” found that companies had to pay $ 16.2 billion in the three months from April to June 2020. By refusing to pay for orders in production or already produced, large companies have left factories in countries such as Bangladesh with insufficient funds to pay workers.

Another important way colonization is incorporated into fashion today is through culture. Fashion has been and continues to be one of the main drivers of the promotion of Eurocentric beauty standards.

These beauty standards appear on newspaper covers, in runway shows and in advertising campaigns, even in magazines targeting countries outside of Europe or the United States.

However, the problems are not just about the exclusion of marginalized cultures. Sometimes they may relate to the inappropriate “inclusion” of some elements of a marginalized culture by the dominant culture. This misuse of patterns, symbols, styles and other specific elements is referred to as cultural appropriation. The risk of such appropriation is that the elements “incorporated” by other cultures may one day be completely dissociated from their community of origin.

There is a fine line between cultural appropriation and cultural appreciation, and the trade-off between the two is precisely the inclusion, in the narrative, of the minority cultures from which the values or ideas are borrowed. Using a part of someone’s culture as inspiration and excluding people from that culture as well is a form of theft. Cultural appropriation is terrible for the subtle message it conveys: “your culture is not acceptable until we say it is”.

It is not uncommon for this to happen in the fashion industry. In 2011 Urban Outfitters launched a line of Navajo-themed clothing and accessories and some members of the indigenous community found this collection “culturally offensive”. The dispute came to court and ended in 2016.

Three years later, in 2014, French designer Isabel Marant was accused of plagiarizing the traditional Tlahuitoltepec blouse of the Mixe indigenous community in Mexico. In 2017, the Canadian brand Ports 1961 launched T-shirts bearing the slogans “Only Love Matters” and “Every Color Matters”, which social media users felt were belittling the message of the Black Lives Matter movement and appropriating the cultural expressions of a minority group.

More recently, in January 2020, Comme des Garçons was accused of making his white models wear cornrow wigs during the Paris Fashion Week show. Responding to the criticism, hairstylist Julien d’Ys apologized and made it clear that he had no intention of “hurting or offending anyone”. d’Ys defended the use of pigtails on these models, stating that it was an inspiration and a tribute to an Egyptian prince.

To avoid staining oneself with cultural appropriation, information is fundamental: reading and studying allow you to have the right tools with which to approach other cultures. It is also important to pay homage to artists and ideas and to recognize their origins.

How to help decolonize fashion

There are many activists who are fighting to decolonize the world of fashion and belong above all to the “BIPOC” movement, which literally stands for “black, indigenous and people of color”.

How to contribute to the decolonization of fashion? A first step in decolonizing fashion could be to follow BIPOC influencers and content creators, as well as to shop from community-owned vintage brands or stores. We must learn to rethink and restructure existing systems: Remake recently launched the “Pay Up Fashion” campaign, which contains seven actions that companies should take to have a fairer industry. These include: keeping workers safe; become transparent by disclosing wages and publishing audits; get workers to sign exclusive contracts; etc.

I believe that brands should not only ask themselves “does this product do the least damage possible?”, But also “is it really good for producers and for the future of our planet?”. From raw material to end of life, brands should focus on protecting the well-being of people in the fashion industry and protecting the environment. “

It is also important to decolonize fashion to slow down and produce less. We need to push for a sustainable fashion movement that supports second-hand trading and shopping. We must enter a new era in which to redefine luxury. Instead of being an elitist and unattainable dream reflecting colonial values, fashion should include respect for human rights and environmental values.

Women at work to decolonize fashion

Aditi Mayer, Aditi Mayer, a Los Angeles-based journalist, public speaker and consultant, founded the blog “ADIMAY”, a breeding ground for a responsible and inclusive narrative that touches on issues such as decolonization, environmental equity and the exploitation of limited resources. The inspiration for her blog came after the collapse of the Rana Plaza textile factory (in which it was produced for Benetton, Inditex group, Mango, Primark, …), which took place in 2013 in Bangladesh, which caused the loss of numerous lives.

We have to ask ourselves why the fashion industry has normalized labor exploitation and the fact that sustainable fashion is a niche industry, with a huge price gap influencing who can participate.

Western culture has recontextualized it as an act of consumption and this and it can be very harmful in terms of how we see our involvement in this movement.

Entrepreneur and sustainability expert, in 2017 Brittany Sierra founded the “Sustainable Fashion Forum”, after noting the absence of an IRL community that drew a direct line between consumers and actors in the fashion sector. SFF also organizes an annual conference held in Portland, United States, which hosts companies such as Adidas, ThredUP and Fashion Revolution.

Being a black woman in the sustainable fashion industry means having a responsibility to show other people of color that there is a place for them in this world. It means being visible, sharing my voice and doing everything possible to make the sector I love a place suitable for everyone, where you can feel welcome.

Professor at the Parsons School of Design, she invented the “Fashion and Race” course, subsequently curating an exhibition of the same name at the school. She now teaches at Ryerson University in Toronto. She has launched an online platform, “Fashion and Race Database”, designed to provide open source tools that “challenge false representations within the system”. There are sections for books, films, lectures, exhibits, articles and podcast episodes, as well as various essays and articles.

Now is the time to expand, go beyond the Eurocentricity we have become accustomed to. This is also the slogan of our database: expand the narrative of the history of fashion. These people have always existed: black designers, Latinos, indigenous artisans, all of them. Models, artists – they have always been there, on the fringes. It’s time to put these people first and create a great story.

When it comes to decolonization, it is about reflecting on how the legacy of colonialism has shaped and influenced what we now consider beautiful or “trendy”. Fortunately, things are already changing. 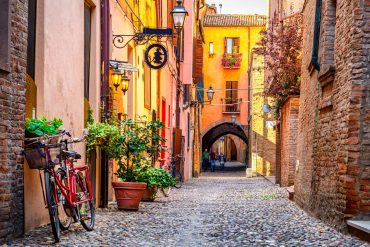 Ferrara, the most cycle-friendly city in Italy 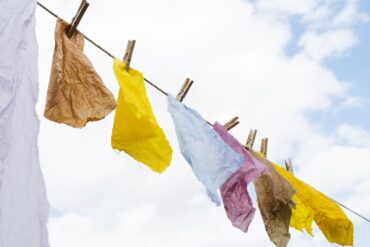 Greenwashing and sustainable fashion: What to believe in? 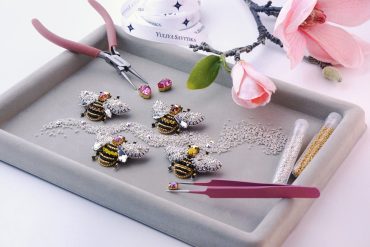 Freedom is the most valuable thing a person can have 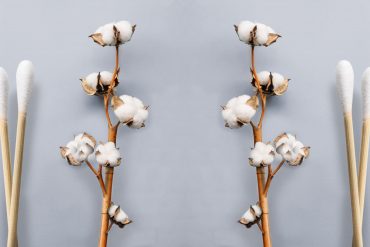 The Humble Co. between minimalism and sustainability